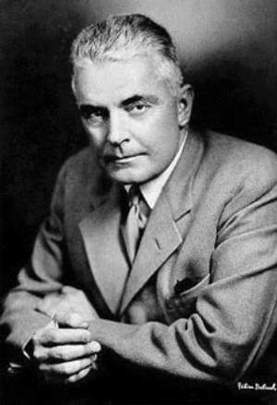 "Give me a dozen healthy infants, well-formed, and my own specified world to bring them up in and I'll guarantee to take any one at random and train him to become any type of specialist I might select -- doctor, lawyer, artist, merchant-chief and, yes, even beggar-man and thief, regardless of his talents, penchants, tendencies, abilities, vocations, and race of his ancestors."
--John Watson, 1930

Another very important behaviorists is John Watson an American psychologist. Identically to Pavlov’s experiment Watson was interested in showing that emotional reactions could be classically conditioned in people. Over the years Watson studied the behavior of babies he believed we learn everything as well as things we think are instinctual like fear. He also believed we learn by our environment rather than just being genetics. Watson preforms an experiment on an infant known as little Albert. In the experiment they expose the child to a series of stimuli. At first Albert shows little fear not even a burning newspaper seems to frighten him. Little Albert isn’t afraid when he encounters a white rat for the first time in his life. However, the next time he encountered the white rat Watson made a loud noise by hitting a metal pipe with a hammer. Not surprisingly, Albert began to cry after hearing the loud noise. After repeating this same procedure various times Albert eventually learns to fear not just the rat but all furry things even without the loud noise. Watsons experiment proves fears are learned not inherited. He successfully conditioned Little Albert to fear the white rat. Not to mention all the other similar looking white objects he feared after the experiment. The name for this occurrence is called stimulus generalization. Stimulus generalization is the tendency for the conditioned stimulus to arouse similar responses after the response has been conditioned.